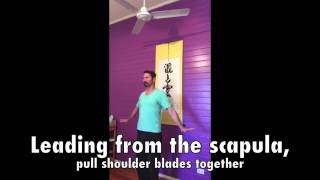 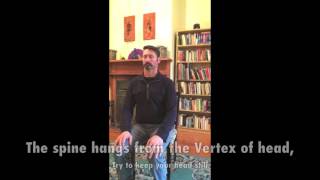 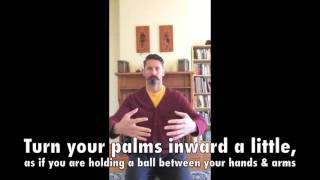 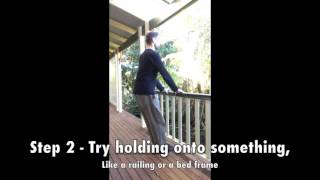 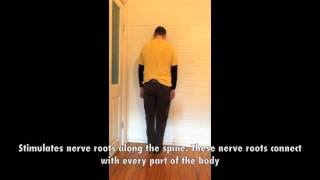 "Practice Qigong diligently and with effort, improve your body mind and heart, Bring benefit to all human beings".

Can you really heal yourself, does it really work?

How do I know its not just the placebo effect?

These are questions and remarks I hear all the time from people who are curious about Qigong.

It is good to be skeptical, unfortunately there are many charlatans out there. I typically tell my personal story about my journey with Qigong. After all it is a very personal practice.

The benefits and things you discover will happen only from your experience and unique perspective, and at your own pace. Everyone’s body is different, and only you can feel what is truly going on inside you during your practice.

In 2005, my 29 year old brother was dying from cancer. I watched him fight it for 5 years, and endure immense pain and suffering. The last 9 months of his life he was bed ridden. His bones were crumbling, and falling apart, he could not walk, and was on a ridiculously high dosage and frequency of morphine injections.

A friend of my mother’s suggested having an amazing Qigong master she knew, give my brother a treatment. Why not she thought, as he was out of options. This Qigong master asked my brother where the pain was located. My brother said his ankles felt like they were going to explode. Intitially, my brother said he felt no change. Then after a little while of silence, the master would repeat the question, then more silence, then repeat the question again and again. Astonishingly, my brother said it was getting better, and it kept getting better and better. Eventually, my brother was stomping his foot on the ground saying the pain is gone! Then he did the same thing with the other foot, until he was finally standing. The pain in his legs and ankles NEVER returned!

The Qigong master suggested my brother have another treatment the next week, and my mother was ecstatic and of course agreed. However afterwards, to our astonishment my brother said he never wanted to see that man again in his life. My mother looked at him bewildered, because this was, in her eyes nothing less than a miracle. She said "look at you, you are walking around and not in pain for the first time in 6 months."My brother said "yes", but he didn’t want another treatment.

I could not understand why he refused. I realized he didn’t want to get better. My brother died a few months later. After his death, I found myself enraged with anger, depression, and self-destruction. Any faith in god I may have had, had died with my brother. My entire life seemed to be imploding. My girlfriend left me, my business was falling apart, and I was drinking a bottle of whiskey nearly every day. I was a difficult person to be around, and was feeling so depressed, I didn’t even want to get out of bed in the morning.

After awhile, I realized I had hit my rock bottom, my mother had lost one son, and I was doing a darn good job of ensuring she lost another. I came to the realization there was a huge, gaping spiritual void in my life. And I began a little journey of discovery, by reading eastern philosophy. I soon stumbled upon the Tao Te Ching, and in this book, I saw everything I believed in, but had been unable to put into words. It ignited a spark within me, and I had to read every bit of Taoist philosophy I could find.

It didn’t take long for me to start wondering about this elusive thing called Qi. Was it just poetry? I knew it was more than that, after all I had already witnessed a Qigong healing miracle with my brother. In my search to find a teacher I have been very fortunate. I have had many amazing teachers of world renown, whose abilities are nothing short of miraculous, bordering on the supernatural.

Qigong changed my life in every way possible. Not only did it help me out of my grief, despair, and rage, but I had also been suffering from a debilitating over active immune related digestive disorder since 1998. Western Doctors gave it the name ulcerative colitis, and a large quantity of pills that I had to take 3 times a day for many years.

When I started practicing Qigong, I quickly began to feel this “Qi”. Within a few months, my attitude and emotional state improved dramatically, and I noticed I wasn’t having as many flare ups of ulcerative colitis. A year later, I threw out the medication, and havn’t ever taken another pill. My career as a thoroughbred race horse trainer, breeder, and agent which was how I defined my life, began to lose it’s luster. My true self seemed to be appearing with more regularity.

My desire to help others especially so they would never have to endure what my brother went through began to take hold of my life. It has been a long journey since then, what started out as a method of self-healing continues to be a profound journey of self-discovery and growth.

So, does Qigong really work? It has for me, I have healed myself completely of a debilitating disease, things that once seemed miraculous and supernatural now seem ordinary. I found happiness and contentment, my true self. What Buddhists like to refer to as the Buddha nature that exists in all of us. We are all perfect, whole, and complete, it is just hidden from our view, in the same way the universe hides from itself.